Transformative Mediation Series Part 1: Not all Mediation is Created Equal, An Overview of Mediation and ADR Methods

You may not know that there are a variety of practices falling under the heading of “mediation.” When I began attending mediation with clients, I noticed strong differences in the way mediations were conducted. Initially, I attributed these differences to the personal style of the mediator. From my research on mediation trainings I learned that there are actually distinct types of mediation, each using different techniques. The model that your mediator practices will greatly influence your experience.

In order to understand what makes the transformative model unique, I will first discuss the main approaches to mediation. Each approach utilizes a “neutral” mediator, arbitrator, or other professional – a third party who is not involved with the conflict or parties and is trained in some method of dispute resolution. The role of the neutral varies, as does the degree of directiveness in each method. By “directiveness” I mean assertion of opinion, judgment, knowledge, power, advice, or any other tactic which pressures the participants to achieve an outcome-realted goal (for example, the goal of reaching a settlement). I find the degree of directiveness of the neutral to be a useful way to compare the methods.

On the spectrum of Alternative Dispute Resolution (ADR) methods from most to least directive we have Arbitration, Evaluative Mediation, Facilitative Mediation, and Transformative Mediation (these are not the only ADR options, but the ones I will highlight below). It is worth noting that the degree of directiveness of the method does not necessarily correlate with the outcome (rate of success), nor with the participants’ satisfaction with the process (more on this in a later post). 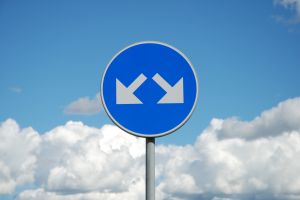 Arbitration is the most similar to having a court or judge decide a dispute. It might be voluntary, however many agreements and contracts contain arbitration clauses requiring arbitration of any dispute that later arises under that agreement. In these proceedings, the arbitrator decides the case based on facts presented, typically determining issues such as liability and damages. Arbitration is sometimes non-binding, in which case it is used as a way to get a third-party opinion on the merits of each party’s legal case. Whether binding or non-binding, arbitration is closely tied to the litigation process. The parties do not have input into or control over the decision.

Evaluative Mediation is a highly directive process with the express goal of obtaining a settlement in the pending litigation. The most common framework for evaluative mediation places the parties in separate rooms (with their attorneys), and the mediator passes offers back and forth between the parties (sometimes referred to as “shuttle diplomacy”) – there is no direct interaction between the parties, and often not between the attorneys either. Evaluative mediators frequently challenge each side about the weaknesses of his or her case, warn of the costs of trial, and offer predictions regarding the outcome of litigation to try to induce settlement.

Facilitative Mediation also seeks to achieve a settlement of the legal issues involved, but is less directive, attempting to facilitate an agreement upon the parties own volition, as its name suggests. The parties (and attorneys if present) typically meet face to face in a facilitative mediation session, however, the parties might be encouraged to talk to the mediator rather than directly to one another. The facilitative mediator typically begins by laying out ground rules for the session, which may include staying on topic, being respectful, not letting emotions get in the way. The facilitative mediator guides the conversation throughout the meeting, and might offer options for compromise or suggest what possible outcomes might be if parties do not settle.

Transformative Mediation is non-directive by definition; its mediators are trained to notice and curb their directive impulses. Transformative Mediation addresses the conflict itself, utilizing techniques designed to break the destructive cycle of conflict, after which solutions or “settlements” of the outer issues naturally follow. It is not guided by the outcome-based goal of obtaining a settlement (however, it does achieve high settlement rates); but the process-based goal of supporting the parties in having a conversation and making their own decisions whenever possible.

The transformative model encourages direct conversation, but can also be successful even if parties are not comfortable meeting face to face for any reason. Unlike other models which are focused on settling legal issues, the transformative model has broad applicability for conflicts in all arenas, whether there is the potential for court involvement or not.

If this post just raised more questions than it answered, or if you want to learn more about transformative mediation, check back for the next installment in the Transformative Mediation Series!